Here are the newest projects.

For a colleague and his wife, who just became parents. He is a fan of Super Mario, so I decided to do something with that theme. Pixels are apparent in the game, so I decided to mimic them using a weaving technique and 3mm silk ribbons. It turned out the technique was much more time consuming than I had initially anticipated, but – in the end – I think it was worth it.
Pattern: Over at SpriteStitch 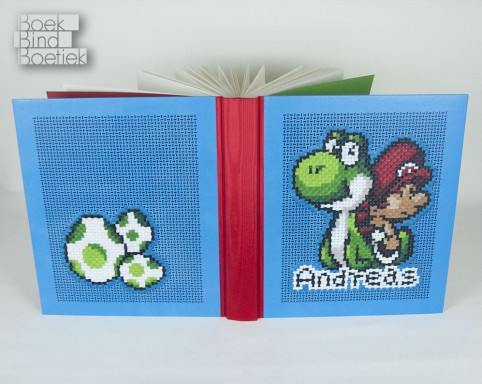 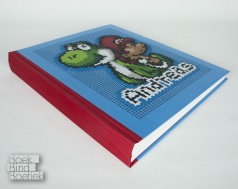 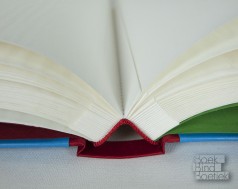 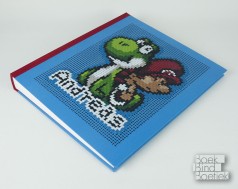 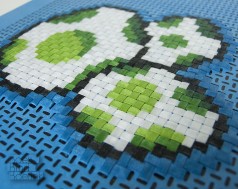 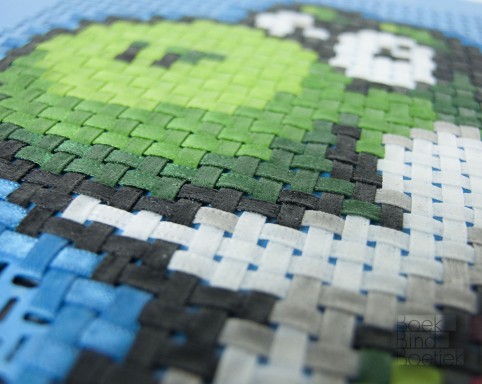 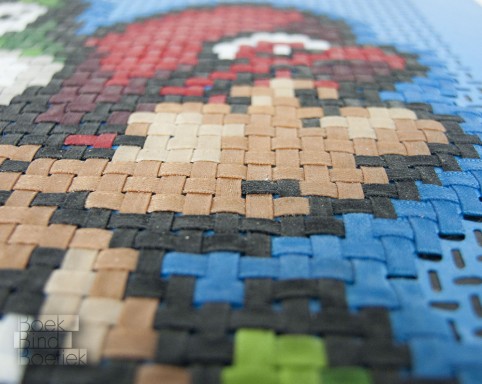 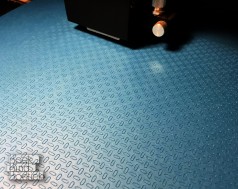 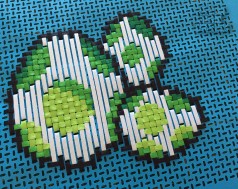 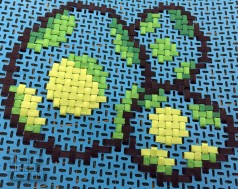 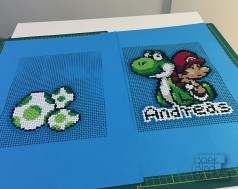 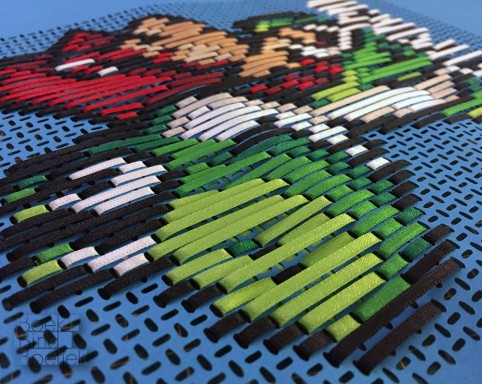 I’ve become an aunt again, and – the same as last time – I made the birth announcement cards. They are 60 cards from handmade paper, with baby clothes on a washing line and – a special request from my other nephew – a ‘pluche’ elephant. The cards are about 65 percent recycled milk cartons. Both the paper on the back and the envelopes are made from Biotop paper. The information card on the back is fastened to the front with two buttons. The sticker seals were created with a homemade stamp and acrylic paint. I took the colors I used from the baby blanket Nolan’s mother made for him. 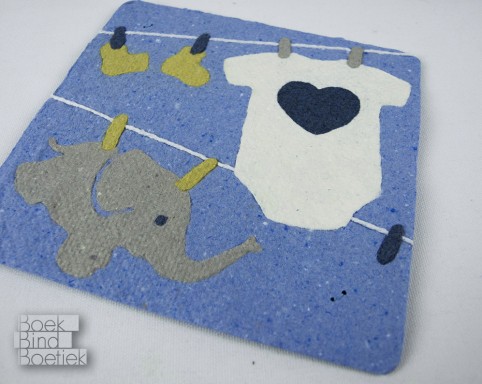 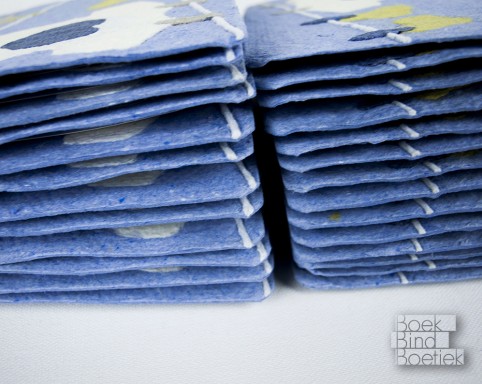 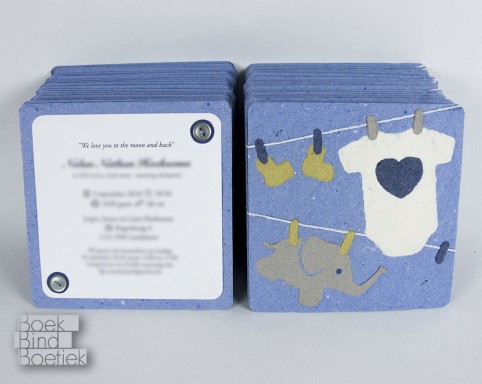 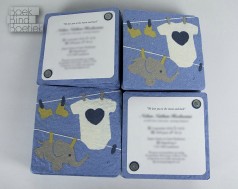 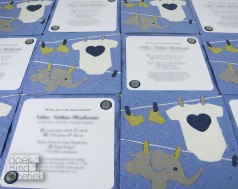 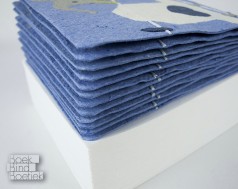 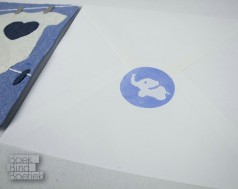 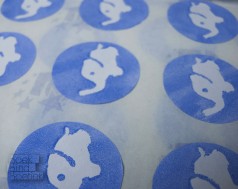 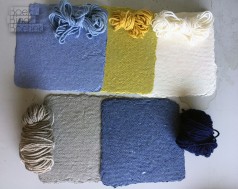 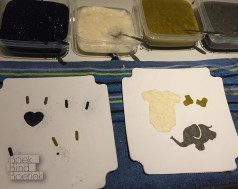 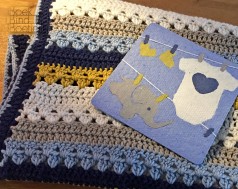 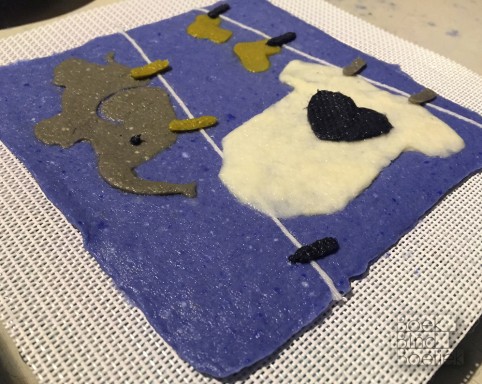 A custom ordered guestbook for a 10 year anniversary party. The book is 30 cm wide and 40 cm tall. It has 40 exchangeable pages and is bound with three 6 cm book screws! The letters on the front cover are glued in an enlarged inlay. The image on the front cover is a silkscreen by Ronald Boumans. 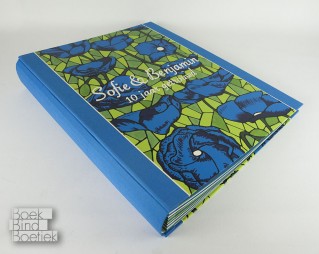 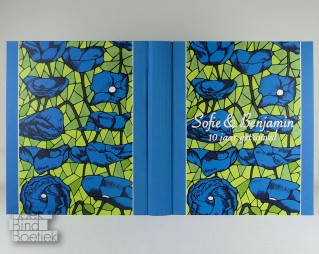